Info: The Dimmick House once stood at 21 Mechanic Street in Norwich. It was built in the Greek Revival style and was once the home of a lockkeeper on the Chenango Canal. Currently being restored, the house will depict life in a middle class home in upstate New York. 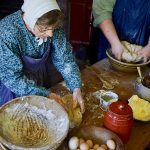 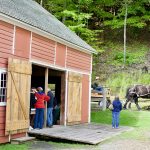