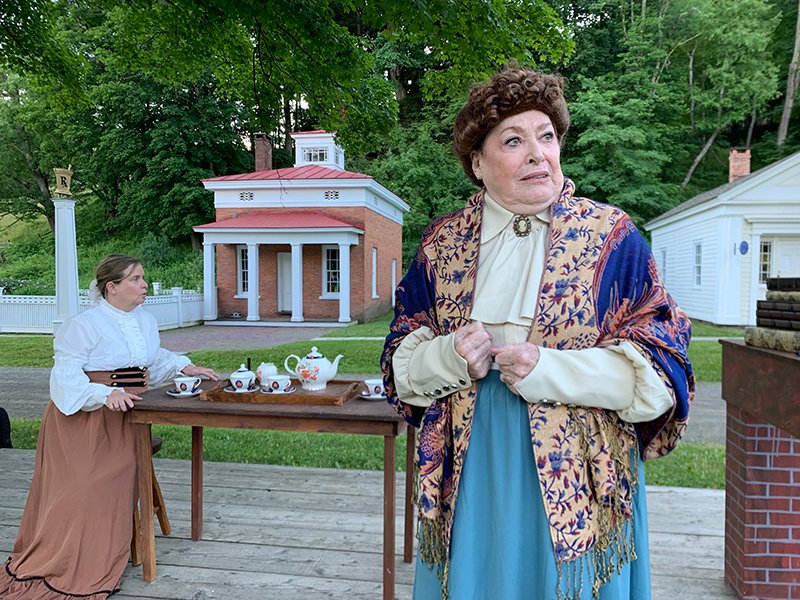 The Templeton Players are The Farmers’ Museum’s resident theatre troupe, specializing in performing rare comedic gems from the mid-late 19th century. All shows are free with museum admission and are performed on the Leatherstocking Stage in the museum’s country village! This year, we’re proud to feature two new productions on Saturdays/Sundays in July and August:
Petticoat Perfidy
by Sir Charles Young
Performing Saturdays in July/August at 12:00pm and 2:00pm.
Starring:
Angela Potrikus
Mary-Jo Merk
Emily Travisano
Directed by Mike Tamburrino
Synopsis:
When Mrs. Mountrevor returns home from a journey abroad, she decides to throw a lavish party for all her friends… to which no one shows up. As she and her quick-witted French maid Juliette scramble to make it appear that her drawing room has recently hosted gaggles of socialites, they receive an unexpected visit from an old acquaintance, the pompous Mrs. Norwood Jones, who brings an unwelcome bit of news with disastrous and hilarious results! 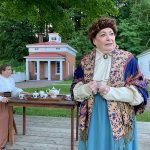 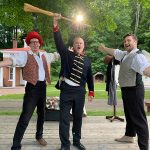