Plowline: Images of Rural New York is a collecting initiative. The Farmers’ Museum, with the generous support of the Gipson Family, is actively assembling original photography that documents changes in agricultural practice, rural life and farming families in New York State from the 19th century through the present.

In 1942, The Farmers’ Museum’s founders set out to collect objects of American farm and rural communities and to display those in a method accessible to all interested. As we move into the 21st century, collecting agricultural equipment has become somewhat prohibitive.

Equipment and tools have become larger, a situation the founders may not have foreseen; meanwhile, the Museum’s landlocked footprint of 35 acres has remained the same.

Plowline will continue to chronicle the lives of farm families and changing agricultural practice in a broad sense even while the museum continues to selectively collect 20th and 21st century objects of agricultural history.

Decorative and utilitarian textiles played an important role in rural upstate New York. Two hundred years ago many families relied on home production of clothing and other textiles. Itinerant weavers traveled the region making fine coverlets and tablecloths. By the end of the 19th century, more rural New Yorkers bought ready-made clothes and household goods. Yet some home textile production persisted. Quilting provided a social activity as well as an opportunity to make fine bed coverings throughout the 19th and 20th centuries.

Wallpaper was a fashionable commodity in late 18th and early 19th century America. Until the middle of the 19th century, all wallpaper was block-printed by hand. In this method, wooden blocks were carved with a design, saturated with color, and then transferred to the paper. A different block was used for each color. Prior to the Revolution, Americans who could afford wallpaper usually imported it from England. After Independence, American manufacturers sprang up but faced increased competition from French wallpaper firms.

During the first quarter of the 19th century, American wallpaper manufacturers developed new products, including paper designed specifically for use on bandboxes and fireboards.

By 1850, the new technology of roller printing had been introduced to America. A steam-driven machine was used to feed a continuous roll of paper between a large central drum and a number of metal cylinders or rollers, each of which carried part of the pattern and one color. Roller-printing allowed mass production, which lowered the price of wallpaper and made it accessible to more American consumers.

The Farmers’ Museum wallpaper collections include both early block-printed papers and later roller-printed designs, as well as examples of blocks used for printing wallpapers. During the 1840s, many homes had wallpaper. Buildings in the historic village are papered with a variety of patterns reproduced from samples in our collection. 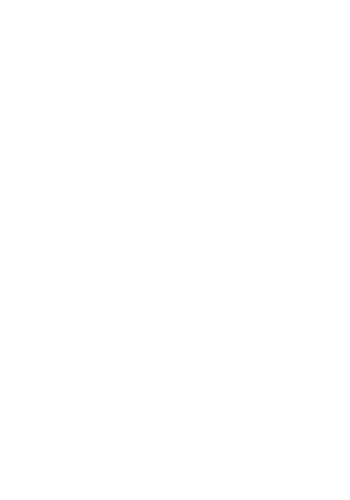 The Farmers’ Museum’s founders set out to preserve the tools, technology and history of agriculture in upstate New York at a time when many farms were vanishing and the survivors were modernizing their farming methods. The strength of the collection lies in its documentation of changing agricultural technology through the 19th century.  The collections run the gamut from an early Dutch-style plow of the 18th century to a Ford tractor of the mid-20th century, from home-made hayrakes to a milkfat tester, the invention of Bridgewater native Stephen Babcock, which revolutionized the dairy industry in the late-19th century.

In the mid-19th century, the shops of woodworkers, blacksmiths, wheelwrights and cobblers could be found in crossroads villages throughout upstate New York. Itinerant weavers and tinsmiths plied their crafts while passing through the region. Farm women processed wool into yarn.  Rural crafts and trades have been a focus of The Farmers’ Museum since its founding in the early 1940s. In 1942, the Museum acquired the collection of William B. Sprague, a founder of the Early American Industries Association, who had been collecting and preserving craft tools throughout the Northeast since the 1920s. Sprague’s materials form the core of an extensive collection of 19th and early-20th century tools.

LIBRARY IS CLOSED UNTIL FURTHER NOTICE

The Research Library supplements the diverse and world-renowned collections at Fenimore Art Museum and The Farmers’ Museum. Our broad focus includes New York State with an emphasis on Otsego and nearby counties, American, and Native American history, art, and material culture. The Library’s Special Collections include rare books, manuscripts and archival collections, trade catalogs, pamphlets, broadsides, and ephemera.

We recommend calling or emailing our Reference Desk in advance to discuss your research with a Librarian.

If you have any more information about an item you’ve seen on our website or if you are the copyright owner, please contact Cassidy Percoco, Collections Manager at [email protected]

If you would like to inquire about a high-resolution image for publication, please contact Jennifer Griffiths, Photography Collections and Rights & Reproductions Manager at [email protected]