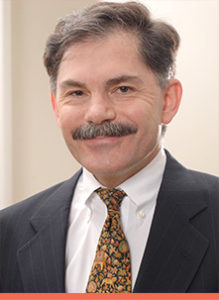 In 2016, The Farmers’ Museum proved once again that it is an important cultural center for the region and a great place for families to spend quality time. The museum successfully expanded upon its range of programming, entering into the third season of Dramatic Interpretation with historical vignettes on the Women’s Suffrage Movement and Anti-Rent Wars while offering the daily craft and trade interpretation that our constituency has come to expect. Our Special Events were, as always, major happenings in the community, highly anticipated and well attended.

Another offering that we have been building is the annual conference, A Celebration of Our Agricultural Community, which in 2016 continued to serve as a premier opportunity for local farmers to gather and share ideas and concerns. It has met the need for those in the agricultural community to stay connected and informed. We called attention to these farmers in our exhibition Farming’s New Era: From Field to Table in New York State, which featured a variety of local farms and the ways in which they are adapting to changing conditions, methods, and consumer needs in the 21st century.

Our popular series of Step Back in Time Weekends was as popular as ever, with offerings such as Herbal Remedies, Civil War Life, and Blacksmithing. A very special weekend celebrated the 10th Anniversary of the Empire State Carousel. Since its opening on Memorial Day weekend in 2006, over a quarter million riders have enjoyed the “museum you can ride on.” Candlelight Evening in December continues to be a highlight of our season with over 3,000 visitors in attendance in 2016.

Many more programs and activities took place in 2016 than can be recounted here. It is clear that the Museum is a vital resource to the region, as well as a place where one can simply take time away from their busy lives to take an imaginative, informative, and fun step back into the past. Many thanks to our Board of Directors, all of our donors, supporters, and visitors – and to the hard-working corps of staff and volunteers who serve them – for making The Farmers’ Museum a magical place and a prime destination for people of all ages.

President and CEO
The Farmers’ Museum

Cultivating an understanding of the rural heritage that has shaped our land, communities and American culture.