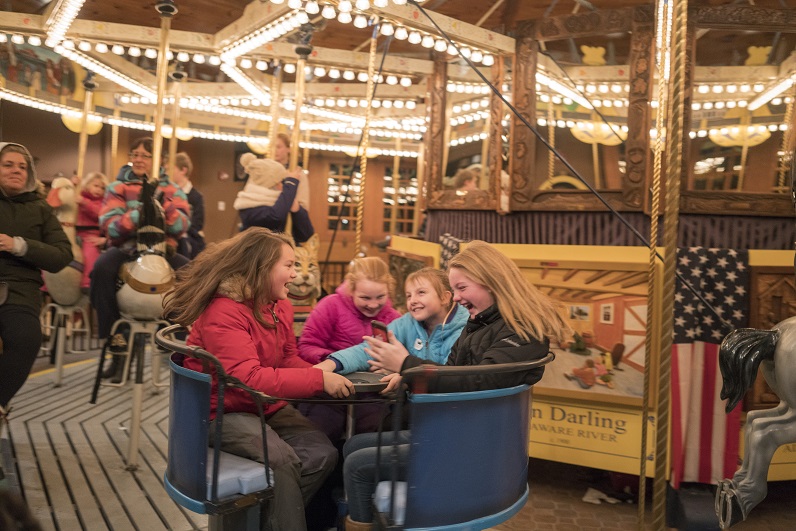 The Farmers’ Museum celebrated the 10th anniversary of the Empire State Carousel throughout the year, and the celebration was highlighted by a Step Back in Time Weekend on July 30 and 31, 2016.  Since the carousel debuted at The Farmers’ Museum on Memorial Day weekend in 2006, it has been a highlight of any trip to the Farm for over a quarter million riders!

The weekend celebrated the sights, thrills, and sounds of our one-of-a-kind carousel.  Activities included historic games, live carousel-themed music, face painting, balloons, wood carving demonstrations, and more.  The weekend featured a tour of the carousel by master carver Gerry Holzman.  Holzman first dreamed up the project in 1983 and worked for many years with almost 1,000 artisans to make it a reality!

Called “a museum you can ride on,” nearly every surface of the carousel is decorated to celebrate the history of New York State.  Visitors ride on the twenty-five, hand-carved figures, like Louie Loon, which represent the agricultural and natural resources of the State.  The center of the carousel includes 8 folklore scenes and 11 carved mirror frames that showcase the regions of the State.  Alexander Hamilton and Eleanor Roosevelt are just two of the twenty-one famous New Yorkers carved as portraits around the rounding boards of the carousel.

Looking ahead to 2017, the Empire State Carousel will undergo an important major maintenance project to ensure that visitors over the next decade and beyond can enjoy a spin on their favorite carousel. 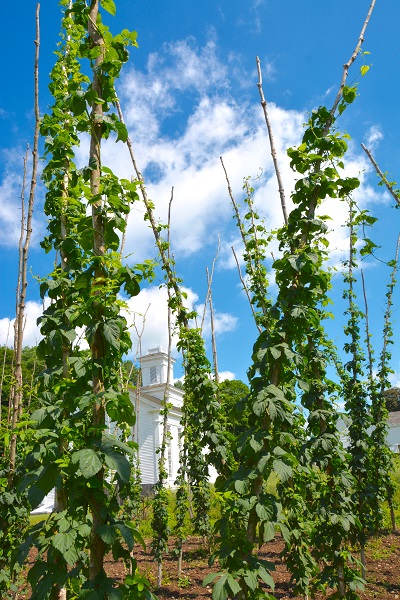 In the 1800s, Otsego County was home to a booming hops industry. In fact, the county was the largest hops producing region in the United States. Today, the area has seen a resurgence of the hops industry, along with the development of a new, robust craft beer industry. The Farmers’ Museum serves as a unique bridge, tying the county’s past to present, by producing hops using traditional methods, which are used by a local brewery in some of their finest craft beers.

A unique plant, hops are perennial below the ground and an annual plant above the ground. During a growing season, hops will grow to be 18-20 feet tall. Two varieties of hops, cascades and fuggles, are grown at The Farmers’ Museum using the traditional method of using maple saplings to support the hop vines as they grow. The museum’s annual crop yields approximately 90 pounds of hops and the harvest takes around three weeks. Each year, the hops are hand-picked as part of the interpretive programming we provide to museum visitors, who get an opportunity to try their hand at harvesting hops the traditional way. But, where do they go next?

Since September 2014, the museum has partnered with the local Council Rock Brewery, who purchases our fresh hops to use in their specialty brews. Within a few hours of being picked, The Farmers’ Museum delivers fresh hops to Council Rock. The brewery staff then measures the hops into one pound packets, that are frozen until needed. To produce 50-55 gallons of beer, the brewery will need eight to twelve pounds of hops, depending on how “hoppy” the blend is. As with the seasonings in different food, the amount of hops varies by beer type depending on the desired taste. Council Rock Brewery uses the hops from The Farmers’ Museum to make their specialty brews Sleeping Lion Red Ale and Farmers Harvest.

Now in its sixth year of collecting, the Plowline: Images of Rural New York photography collection grew by nearly 7,700 objects in 2016 alone, more than doubling the size of the collection to date. The bulk of these additions document the process of surveying, interviewing and photo documenting farmers and farm families in Delaware and Otsego County for the book project titled “Too Wet To Plow.” The photography, completed by Charlie Winters, former professor at SUNY Oneonta, tells the story of farm life in 1986 and 1987 during one of the largest milk crises in United States history. Poignant images of farms, families, auctions, animals, machinery, field work, and daily life including parades, get-togethers and the like, tell this story in black & white and vivid color. 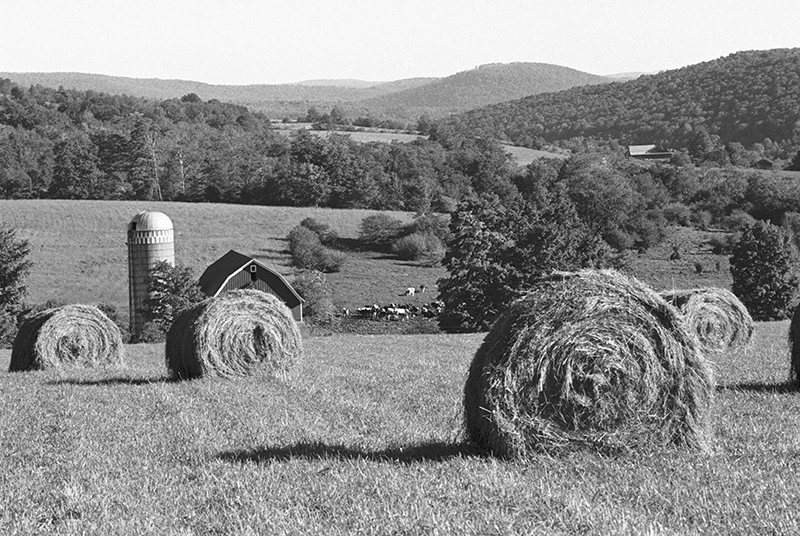 While the Winters’ collection was processed, collecting continued. Photographic prints, real photo postcards and negatives in film and glass also tell the story of other families and industry progress throughout New York State. A collection of steam traction engine and tractor images provided a survey of this important technology over an eighty-year period. Tractors transformed the farming industry, and this group of nearly one-hundred images illustrates that change during the tumultuous and inventive early part of the twentieth century. Other images document unique ancillary businesses including cheese, meat, and ketchup manufacturing. Album pages show the life of farm families performing their daily duties and a snapshot of their lives outside of farming, as well as children’s roles in the everyday tasks that kept a farm going. Photographs such as these help to round out the collection, and to tell a comprehensive story.

Plowline, a collection that remains unique within the state and nationally, continues to document farm life in New York State since the inception of photography. No other collection in the United States shares the purposeful mission or the scope of this curated collection. With the support of the Tianaderrah Foundation, the Museum continues to steadfastly share with you, our members and the general public, our shared history; a history rooted by and in our farming communities.

Learn about images from the collection at plowline.farmersmuseum.org.

The museum’s second curatorial fellow, Trish Norman, is focusing on the extensive medical collections, many of which were accepted during the addition of the Doctor’s office to the Village Crossroads in the early 1950s. The inventory phase, a first step in her multi-year process, is nearly complete. Over 1,000 object groups have been inventoried, cataloged, and photographed. Norman will make recommendations to refine and improve the collection and conduct a public program using her findings to conclude the experience in 2017. Curatorial fellowships are supported with a grant from the Tianaderrah Foundation.

Nine shore bird decoys by Long Island artist John Dilley were lent to the Museum of Bird Art at Mass Audubon in Canton, Massachusetts during the summer months. Dilley decoys are some of the most sought after in collector circles. Stephen C. Clark, Sr. acquired our 33 examples for the Farmers’ Museum from a woman in Maryland for a total of $45 in 1955. 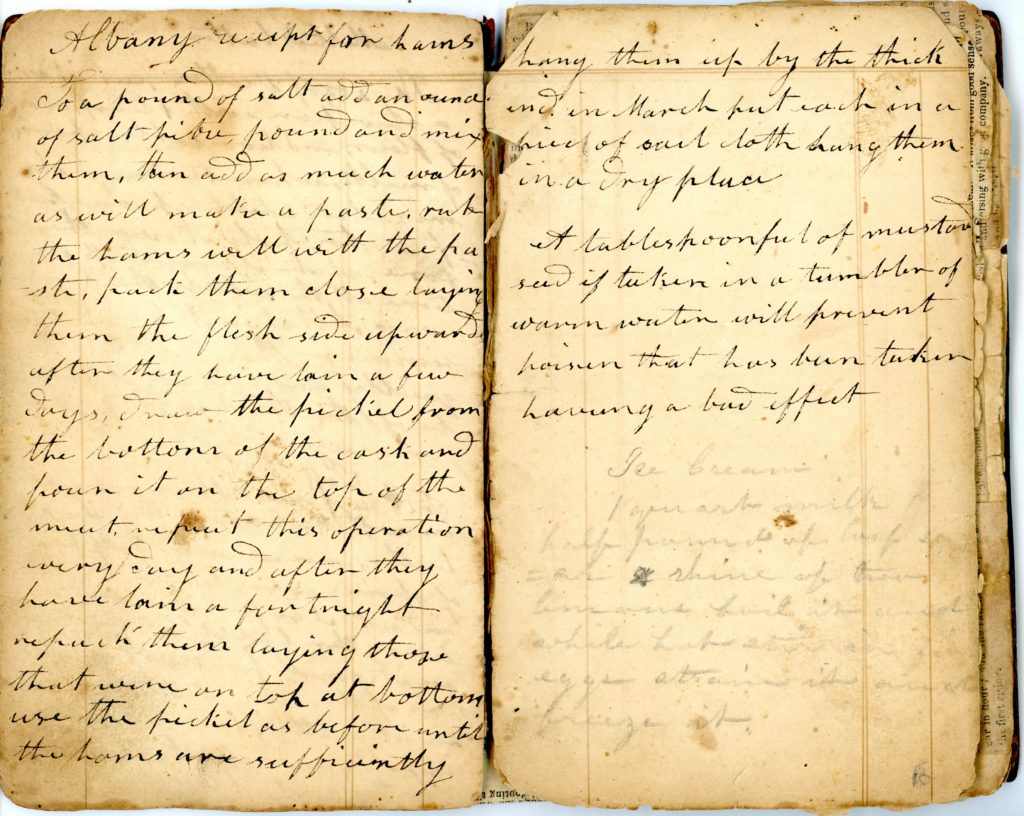 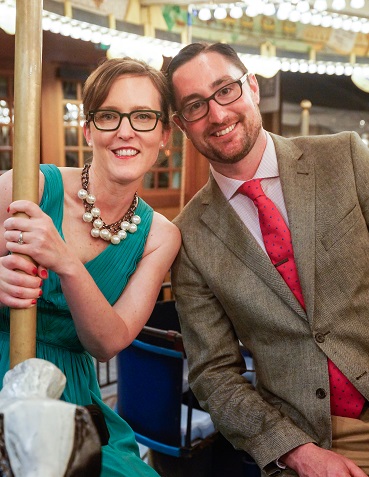 On July 15, 2016, supporters of The Farmers’ Museum and Fenimore Art Museum celebrated the 10th anniversary of the Empire State Carousel at Carousel! The Gala.  Our one-of-a-kind carousel spun late into the night while guests dined on food and drinks representing the eight regions of New York State as depicted on the carousel’s folklore panels.  The night featured special musical guest Scattered Flurries, a regional classic rock band, and a unique and exciting silent auction for gala guests.  Each year, the annual summer gala raises funds to support education programs at both museums.  This year, the event raised over $80,000!

In 2016, over 8,000 children of all ages participated in education programs, receiving hands-on experience with history and art at The Farmers’ Museum and Fenimore Art Museum.  Studies have shown that school-age children’s visits to museums increase their content retention, improve their critical thinking skills and inspire lifelong museum visits. We are thrilled to offer students these opportunities, thanks in part to the funds raised at Carousel! The Gala.

Thank you to the evening’s generous sponsors and guests who made contributions to support educational programming at The Farmers’ Museum and Fenimore Art Museum! Special thanks to the gala committee, Jane Forbes Clark, Shelley Graham, Cory Moffat, Carrie Thompson and Lucy Townsend. Their leadership helped make the whole night possible!